Should Riddick Tie into the Alien and Predator film series? 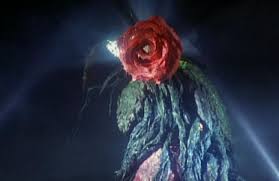 As much as everybody lives Aliens as like me i still prefer them, and the big bad Predators, my question is that, should Riddick ever come in contact with either Aliens or Predators? Maybe some kind of collaboration. Like if Riddick has to escape from bounty hunters and then he crashes on the Predator hunting plant from the 2010 film. What do you think and what are your thoughts?

Spine - Unleash the beast within
12 Responses to Should Riddick Tie into the Alien and Predator film series?

No, it's bad enough they merged the Alien and Predator universes.

No thank you, Riddick is his on series.

Nah. Leave the Riddick universe separate. As Svanya said it was bad enough we got the AVP movies.

I could actually see that being kind of decent. The reasons that the Alien and Predator movies are hard to combine is because they have such different tones. The Riddick movies however, like Riddick himself, can adapt to their situation. For example: if they threw him into a an Alien movie, it could be a slow, dark, atmospheric film with Riddick as the protagonist. Combining all three franchises into one movie would be a bad idea though. The scope is just way too.

I agree with you Nostormo! Have one Riddick vs. Alien film and a sequel where he crashes and gets a free vacation to the Super Predator hunting planet! :D It's a dangerous thing, thinking of stuff like this. Riddick is a different kind of everything, as is Alien, and as is Predator. That's one of the reasons the AvP movies have bombed terribly, because so far nobody has done it right, and I can't imagine adding another universe to the two as is being a very good idea at all.

Hey, give me a large budget, a cast, crew, filming locations, animators, maybe Stan Winston Studios (or Legacy Studios, either one) and a script writer, and I'll make the 1st good and awesome AVP film the world has ever seen.

Yes! I would LOVE to see Riddick in a shared universe with both the Aliens and Predators. The reasons the 2 films suck is because they both take place on Earth. They need to make a brand new (reboot) AVP film and have it on a different planet (like the Predators planet), and then have a bunch of Colonial Marines land on one of their (the Yautja's) hunting planets (LV426 or something) and then bring Riddick in along with the Marines (I don't know, just some plot device to get him there). This could open up a WHOLE UNIVERSE combining the Yautjas homeworld, the Underverse, the LV planetoids as well as other unknowns. Riddick has a totally kick ass universe to explore, but I'd LOVE to see him meet with these things as well. I say, make it happen.

I would have never thought of combining Riddick with Alien/Predator. Man! That would be an awesome movie!

Like others stated, please on another planet, not earth.

Please no it is bad enough that we have the Alien Versus Predator thing.

Riddick..... yes please in only one WAY!

Riddick is actually a great franchise with both good movies and games but they should not combine it with the AvP series.

BlackAnt replied to Tip of the hat to BigDave

Chris commented on You can own official Prometheus, Alien and AvP movie props during this upcoming auction! from the Alien: Covenant website!

BigDave replied to RAISED BY DAVID AND WALTER

BigDave commented on You can own official Prometheus, Alien and AvP movie props during this upcoming auction! from the Alien: Covenant website!

Chris posted a new editorial: You can own official Prometheus, Alien and AvP movie props during this upcoming auction!

Chris replied to Tip of the hat to BigDave

BigDave replied to I'm back. Also some news

BigDave replied to RAISED BY DAVID AND WALTER