TheTerminatorFans recently sat down with movie VFX make-up artist David Woodruff, son to Tom Woodruff who worked on both the Terminator and Alien movie series. Through his company, Generation Effects, Inc., with the support of ADI, David created a make-up test of Neill Blomkamp's "Burned Hicks" concept art which was released alongside many other pieces of artwork for his potential Alien film. Throughout the interview, David discusses the possibilities of Alien 5, how enthusiastic he is towards the project as well as touching briefly on the possible continuation of the Alien vs. Predator film series. Read on for excerpts from the interview... 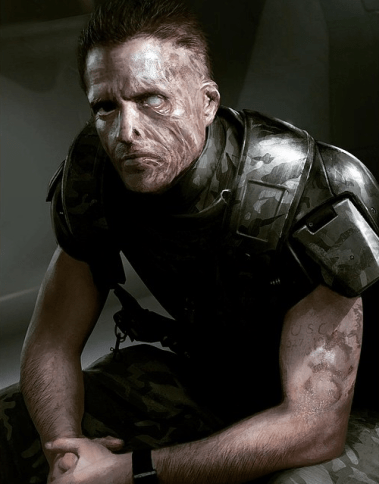 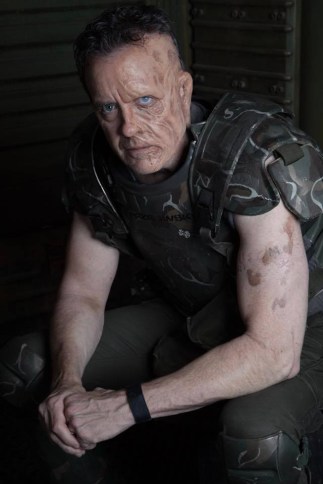 TheTerminatorFans: Neill’s artwork was obviously a direct inspiration for the make-up test you performed on your father, this has obviously taken off on the internet and is something fans want. In a market where fans are barely listened to; how important is it (to you as an obvious fan of the series) that Hollywood give fans THIS MOVIE (Alien 5)?

David Woodruff: Whether it be a direct sequel or not I think a truly horror themed, gritty R rated Alien franchise film is needed. Something in the vein of Alien and Aliens, or the first two Terminators for that matter… I don’t feel cleaned up PG-13 takes are needed… And let’s face it, kids are going to R rated movies now anyway… Why not give everyone what they want?! TF: Was that photo taken at ADI?

TF: The Hicks costume, was it newly created?

David: The armor is actually Michael Beihn’s armor from Aliens!

TF: What were the main make-up applications of the facial damage?

David: Makeup was silicone encapsulated in cap plastic both by PCS Composites. Applied with Telesis 7 silicone adhesive and painted with Skin Illustrator and Glazing Sprays all by PPI Premiere Products Inc.

TF: Michael Biehn hasn’t really had a fair deal in terms of franchises- as his characters usually die. Hicks was something he wanted to sink his teeth into more as an actor (and was pissed when they killed him off in Alien 3). but this time around he would have some exhausting hours in a make-up chair, how long did it take to apply all the make-up and costume on your father and will this be an exhausting process for Biehn?

David: I think it took about 2 and a half hours. I would have liked a little more time as there were a couple things I had to bail on. That’s the thing about makeups and having test time. The more often you apply the same makeup the quicker it goes because you find a rhythm. The arm burns could also be printed as temporary tattoos and take less than 5 minutes so I’d only have to focus on making the face look good. TF: AMALGAMATED DYNAMICS, INC? has been responsible for pioneering effects in Alien 3 onwards (including) AvP… you’re no stranger to the franchise; having already worked on the creature effects of AVP2… have you heard where AVP is at now in terms of a trilogy and do you think another installment could happen in the near future?

David: I haven’t heard anything about a 3rd installment, not even rumors. This Neill Blomkamp project is the first possibility I’ve seen or heard of of another Alien film and I’m all about it. I know the guys at Amalgamated Dynamics are pushing for something like this too. It’s time.

Be sure to read the entire interview over on TheTerminatorFans.com, there's tons more to read and more photos to enjoy. It's great to see so much enthusiasm towards a potential new Alien movie! What are your thoughts? Join the discussion below or on the AvP forums!

This a great read! Thinking of AVP tough, it disappoints me that the films did not have the greatest creature desgin. I mean, they were not terrilbe. A little underwhelming. I would welcome a big bidget AVP film though. Even though I used to think that they sort of tainted the orignals, I moved from that and kind of like it as its own little side franchise.