Alien FX Series will combine the horror of Alien and action of Aliens!

Predator 5: Prequel gets official title (not SKULLS) and release date!

Star Wars: The Book of Boba Fett gets new poster and TRAILER ahead of streaming release date!

From Independence Day director, Moonfall is the next sci-fi disaster epic to hit theaters next year!

Ridley Scott is not confident the FX Alien TV series will live up to his original! The Xenomorph is a versatile and deadly organism. It spawns from a wide array of hosts and acquires unique traits from that host to better adapt to its surroundings. In film, we've seen variations of the Xenomorph occur when birthed from humans, dogs and even a bull. We've also seen Predaliens as they spawn from Predators. There really seems to be no limit to its design and growth potential and considering the Xenomorph itself was designed as a tool for life destruction/alteration, we're curious what they would look like if they were used to target different populations of different species. Below is an array of artwork found online showing off different hypothetical Xenomorph hybrids! Let us know which one intrigues you the most in the comments section!

Close enough to humans, gorillas would be a logical host choice for a human-targetting Facehugger. This Xeno would likely be twice the size of its human-born counterparts and have incredible strength capabilities. Can you imagine if JAWS met Alien? What a terrifying thought that is... If Jurassic Park has taught us anything - it's that Velociraptors are deadly without crossing over with an Alien organism. Imagine the dreadful possibilities... If Jurassic Park taught us anything else, it's that you can't have a Raptor without a Rex in the same fictional realm. Picture this monster, a Xenomorph that would rival that of a Xenomorph Queen in terms of size and power! (But we'd still put our money on the Queen if they ever went head-to-head) Another iconic alien from my childhood, the 'bug' from Starship Troopers - drawing from Aliens as motivation behind these creatures, they too belonged to a  'Hive mind' like the Xenomorphs. Imagine if the bugs discovered a pocket of Alien eggs and the two species merged. No amount of firepower and cheesey one-liners could stop them... not even a nuke from orbit. Now that's a nightmare. How many of you remember the Kenner Xeno model from the 1990's which featured a winged Alien? Yeah, and you thought they were scary already, just think of how terrifying they would be if they were airborn...

These certainly would make for some great movie monsters if ever an Alien story would pursue non-human hosts (besides Predators). Which one is your favorite? Which one do you think would work best in a film setting? Join the discussion below and be sure to share any other Xenomorph hybrid concepts you find with us in the Aliens vs. Predator forum!

Most art shown in this article was created by the very talented Benny Kusnoto. If you know or represent any artists behind the other pieces we've featured, please let us know and we'll add credits to their portfolios as well!

These need to happen. They are horrifying. But that leaves to question. If the Xenomorph born from humans is a variations, waht does the original Xenomorph look like?

That's the big question isn't it!  I like these morphed versions especially the bat and the StarShip Bug. 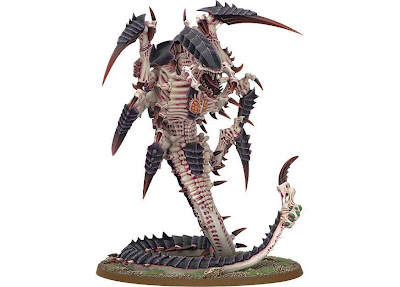 Thoughts_Dreams 77% To Next Rank
Blooded

MonsterZero 87% To Next Rank
Chestburtster

Resurgence commented on Alien: Isolation coming to Android and iOS next month! from the Alien: Covenant website!

Jonesy commented on Alien: Isolation coming to Android and iOS next month! from the Alien: Covenant website!

Thoughts_Dreams commented on Alien FX Series will combine the horror of Alien and action of Aliens! from the Alien: Covenant website!

Chris commented on Alien FX Series will combine the horror of Alien and action of Aliens! from the Alien: Covenant website!

Xenotaris commented on Alien: Isolation coming to Android and iOS next month! from the Alien: Covenant website!

Chris commented on Alien FX Series will combine the horror of Alien and action of Aliens! from the Alien: Covenant website!

Chris posted a new editorial: Alien FX Series will combine the horror of Alien and action of Aliens!

BigDave replied to ALIEN: Beyond the Xenomorph

BigDave replied to ALIEN: Beyond the Xenomorph