Audience demand favors The Mandalorian over The Book of Boba Fett!

Dune Part 2: Legendary confirms a sequel is coming in 2023!

The comic book franchise Aliens versus Predator was always a joy to read with imaginative stories and excellent artwork. So it comes as no surprise that news that Dark Horse Comics was bringing back the franchise and adding the Engineers from 2012's controversial Alien prequel Prometheus has of course excited many fans of the franchise, especially after the lacklustre movie adaptations directed by Paul W S Anderson and the Brothers Strause. The new story entitled Fire and Stone wil span across all of Dark Horse Comics comic lines in the franchise, including their new Prometheus comic line, as well as within their much loved Aliens, Predator and Aliens versus Predator lines. 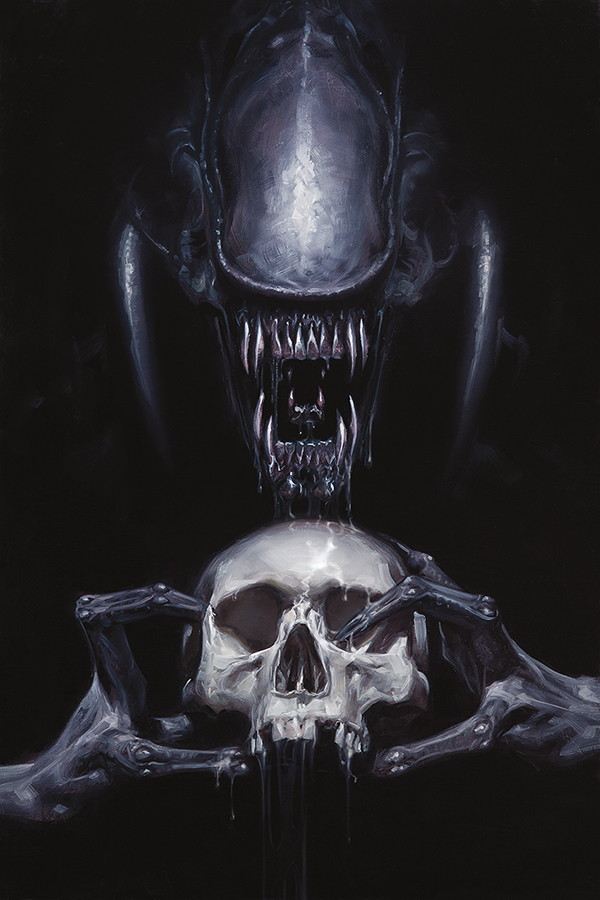 Set during the events of James Camerons 1986 sequel Aliens, the first issue of Aliens: Fire and Stone, shows the previously unseen fight for survival of the colonists of Hadleys Hope on Acheron LV-426, following a lucky few whom manage to escape the massacre at the colony only to crash land on another planet harnessing a much deeper threat. Written by critically acclaimed writer Chris Roberson and with artwork on show such as can be seen below (courtesy of BD), Aliens: Fire and Stone is sure to be enjoyable and full of intrigue and suspense, and will be released September 24th...

Xenotaris replied to RAISED BY DAVID AND WALTER

Xenotaris replied to From where exactly is this image?

Svanya replied to Is Dr Shaw the first alien queen?

GregSmack replied to From where exactly is this image?

GregSmack replied to From where exactly is this image?

Chris replied to From where exactly is this image?

GregSmack started a new discussion: From where exactly is this image? on the Alien: Covenant forum

akvnr started a new discussion: Our creator on the Alien: Covenant forum