Buckle up Alien fans, NECA keeps rolling out updates for their Series 8 line, which focuses heavily on the third Alien film, Alien 3. Today they've teased a new image of potential contents of the upcoming "Alien Creature Pack" which includes a Queen Xenomorph Facehugger, a regular Facehugger, two regular Xenomorph Chestbursters, a Queen Chestburster as well as a lab container with a Facehugger inside. The preview shown below is unfinished and unpainted, but even without the polish, these figures look incredible - definitely something we're hoping NECA releases officially: 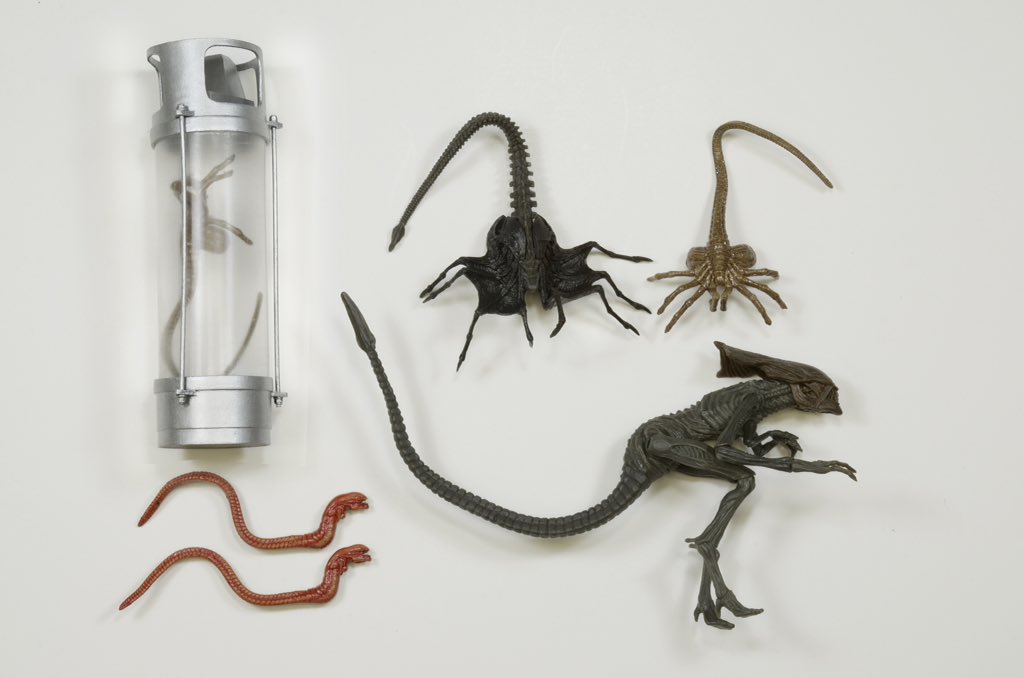 Here are the potential contents of the Alien Creature Pack. Full details next month. Not final & unpainted shown pic.twitter.com/x4l3vVqfaI

Check back for more updates on NECA's Alien line as they're released!

Thoughts_Dreams 81% To Next Rank
Blooded

Tiwaz 53% To Next Rank
Young Blood

Inamma commented on David Woodruff talks Alien 5, bringing back Hicks and AvP 3 movie rumors! from the Aliens vs. Predator website!

lisam replied to Is Dr Shaw the first alien queen?

lisam started a new discussion: Shaw is the Mother of the Xenomorphs on the Alien: Covenant forum